May 02, 2022 17:45 ET | Source: Sesame Token Sesame Token
New York, New York, UNITED STATES
New York, NY, May 02, 2022 (GLOBE NEWSWIRE) — The Sesame Team (token sticker: SESA) is super excited to announce the launch of SESA mystery box game, the first ever fully open source decentralized mystery box game built on BSC. The team brings the ever popular billion dollar CS:GO gun gaming model onto the blockchain and players bet with the game’s native token SESA or BNB.
The game is extremely simple, In the Sesame game, a mystery box has a set value, for example, 1 BNB. In 2 player mode, each player purchases 0.5 BNB to join a chance to win the full 1 BNB prize. After all tickets are sold, the smart contract decides a winner based on the hash of that game (including information such as timestamp, block difficulty, sender, round etc.), and winner takes all.
The entire process is instant after your conformation on metamask. Smart contract then charges 5% fee from the winner. Game mode can be played with 2 or 5 people currently, so players can 2X, 5X their tokens. Sesame Team is planning to release 10, 100, even 1000 player modes in the future, so players can 10X, 100X even 1000X their tokens. 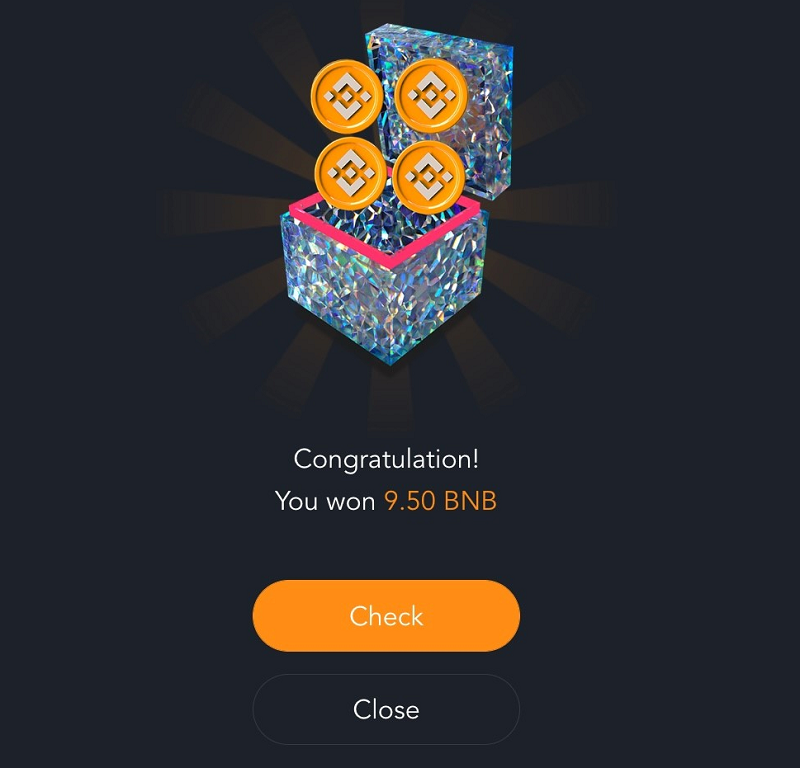 Sesame Team did a beta testing for one week before launch and the results are astonishing. Over 300 players joined and a total prize value of over 1.3 million USD was reached. Each player on average played 7 times daily.
By building the game on the BSC network, a lot of the pain points of traditional online betting games are fixed. Here is a summary of why the Sesame mystery box is so innovative. 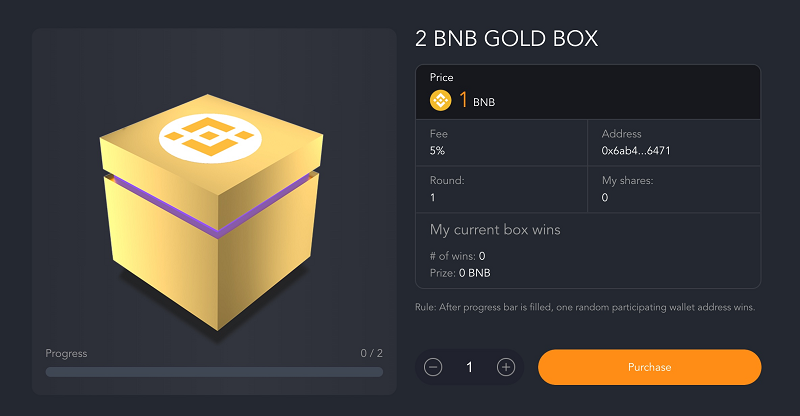 4. Non-custodial, no deposits needed, only you have access to your funds at all times.
5. 100% open source & transparent, no house advantage, everything verifiable on chain.
6. Unique tokenomics empowers all players in a way never seen before in traditional settings.
$SESA
The $SESA token is a Defi token native to the sesame mystery box game. The entire ecosystem to empower users revolves around SESA. Here is how it works.
In the game, Players can play with BNB or SESA tokens. When playing with BNB, 40% of the gaming fee goes to buy back and burn SESA tokens. 10% goes to daily top 3 players based on their daily spending.
When playing with SESA, no matter win or not, all SESA box players are mining SESA token at the same time. They can then stake their SESA token for over 1000% APR, or trade it on pancakeswap.finance.
In this model, no matter if players are playing with BNB or SESA, all players are contributing to the growth of the ecosystem and all players are co-owners because of SESA token and the value behind it. SESA token is unlocking the billion dollar value of betting games using web 3 technology and for its users, there is no going back!
Sesame game is live today and SESA tokens can be traded at pancakeswap.
Links:
Telegram: https://t.me/SesameOffcialGlobal