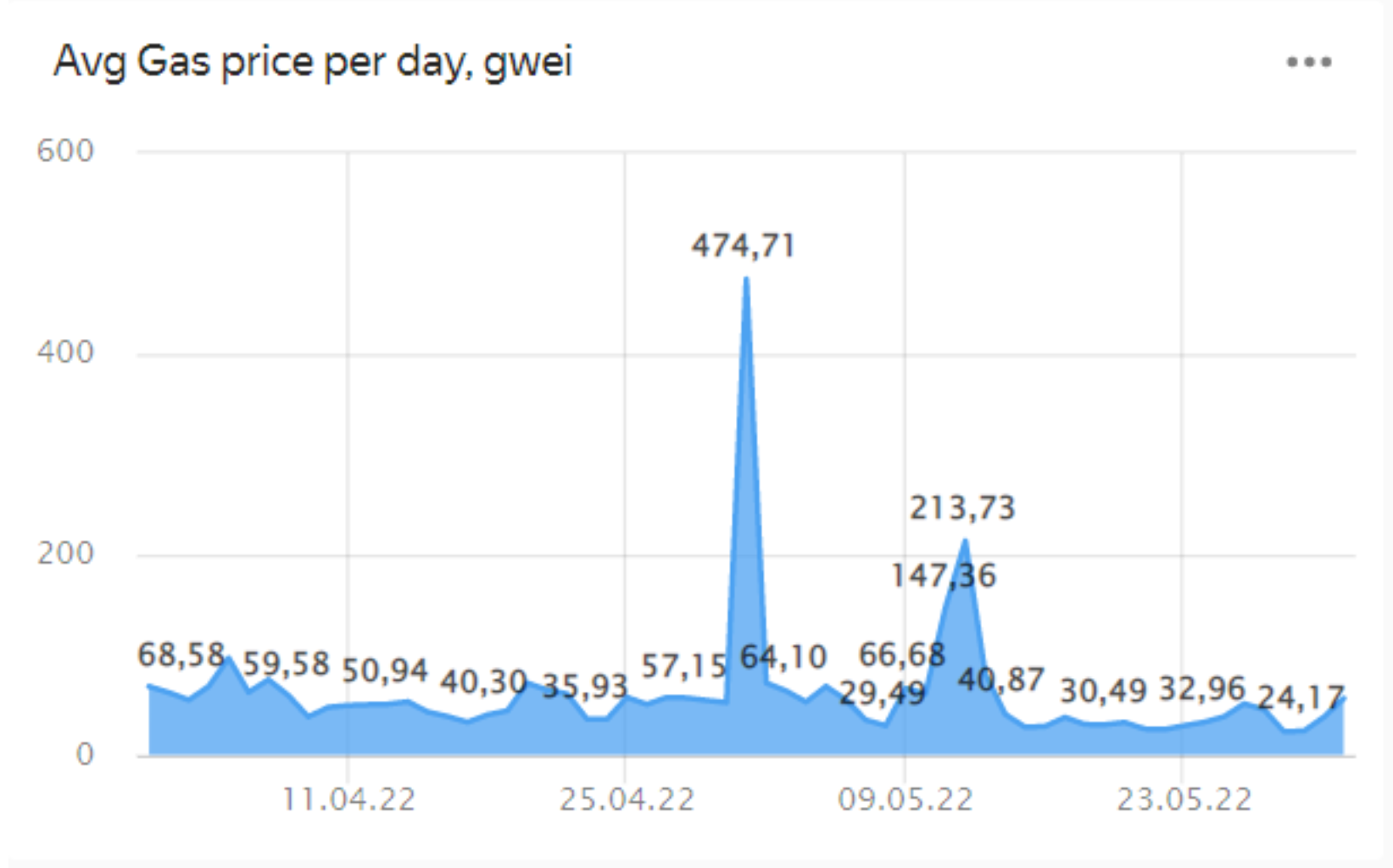 What does this data tell us?
On May 1, there was a Bored Ape Yacht Club sale, and the price for Ethereum gas jumped to 474.71 gwei. 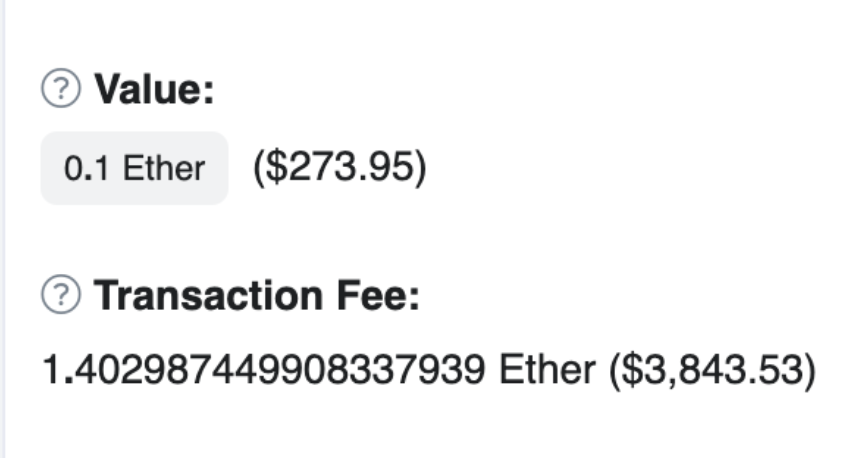 For a transaction requested on the Ethereum network during the Bored Ape NFT sale, a $273 transaction would have incurred a $3,843 gas fee.
On May 12, the gas fee rose to 213.73 gwei.
According to the Fear and Greed Index, due to extreme fear, investors are rushing to exchanges to sell their tokens. There were 1,211,176 Ethereum transactions on May 11 and 1,328,493 on May 12 – a jump of 15%.
Due to the sharp rise in transactions, Ethereum faced a network overload, resulting in a rapid increase in gas consumption on the network, which led to increased gas fees for transaction processing. On average, 15 transactions can be recorded on the network per second (1,328,493 daily transactions comes out to 15.3 per second, essentially at the limit), and if the demand is higher, there are jams, causing higher gas prices, longer wait times and so on.
The average commission was 61.55 gwei on May 10, 147.35 gwei on May 11 and 213.73 gwei on May 12 – an increase of 247%. Overall, total value locked (TVL) in the DeFi sector fell by over 40% in May to $111.4 billion. The average gas price rose despite a similar number of transactions in May and April, due to the heavy load on May 11, 12 and 13. 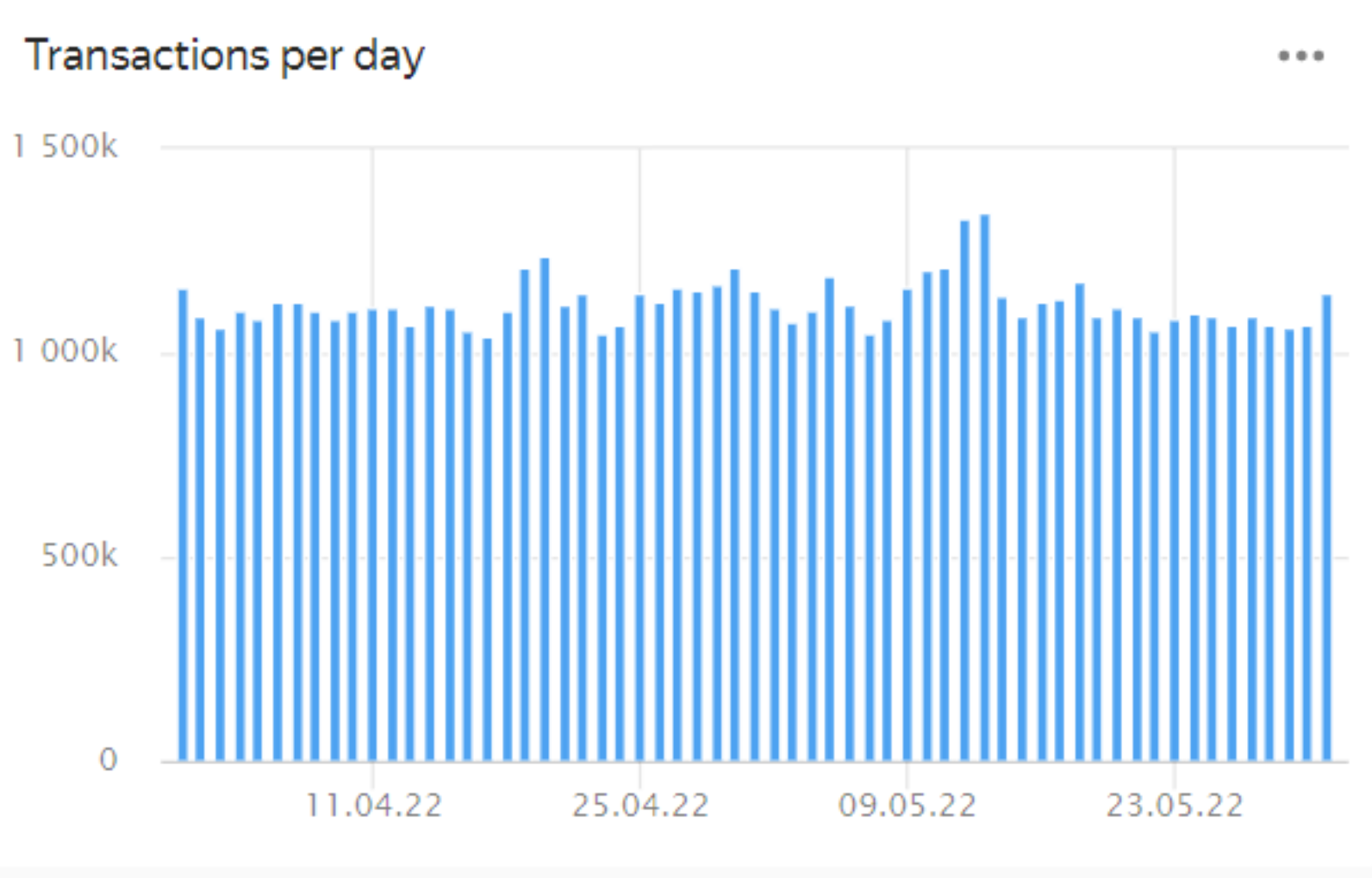 Setting aside the spikes in gas price on May 1, 11, and 12, the average was 43.1, a drop of 20% and a reflection of the bear market. This is why it’s important to look at all the data together and see the big picture.
Soon, Ethereum will undergo ‘the merge,’ which will do away with Ethereum mining and significantly decrease Ethereum’s energy consumption. But unfortunately for users, the merge is not expected to lower Ethereum’s gas fees.
Statistics show that users continue to prefer other networks, but in the midst of the market crash, creation of ERC-20 tokens has dropped across all networks – top among them BSC (Binance Smart Chain), which has seen 49% lower creation of ERC-20 tokens compared to April.
The data on ERC-20 tokens created across various networks is as follows.
ERC-20 tokens in April (112,996 total)
ERC-20 tokens in May (68,380 total)
Olga Ortega is the chief product officer and co-founder of the real-time DeFi explorer AnalytEx by HashEx. She is an accomplished expert in the field of IT, with over 12 years in development and implementation of large-scale data systems. Over the years Olga held managerial positions in multiple global organizations, such as IT giants Google and Facebook. At AnalytEx, she is responsible for driving the project’s development.

JOIN US ON TELEGRAM